Leadership Series: Covid-19 Has Made Me a Better Man – Leadership Lessons from Ex-Offender and Chef, Benny Se Teo

For more than 10 years of his life, he was constantly looking over his shoulder, “running away from the law”, as he puts it.

His drug addiction rendered his life a recurring transition between prison and rehabilitation centres with intermittent periods in the outside world.

While he is no stranger to challenges and setbacks, upon speaking with him amid the Covid-19 pandemic, it is apparent that the economic fallout from this crisis is affecting him deeply. During the circuit breaker phase in Singapore’s fight against Covid-19, his business has been hit hard, but just like he overcame the turbulence of his youth, he’s braving through this period.

“Being in and out of prison for 10 years taught me survival. I’ve always felt I’ve needed to try harder than everybody else. So today, I’m doing all I can too,” he says decisively.

Before we get to his current challenges to understand how he’s overcoming them, it’s vital to know more about his past and the lessons he’s learnt over the years.

It all began in earnest when he was just 10 years old. That was when he started helping his father, an opium addict and trafficker, package the drug to be delivered to drug pushers in Chinatown. Being exposed to such influences led Benny down the road of addiction about 5 years later when he began smoking marijuana. He tried to quit and went into rehab several times, but failed.

TURNING HIS LIFE AROUND

The turning point came in the form of severe intestinal ulcers which debilitated him to an extent that made him feel he was “near death.” Surviving this made him want to turn his life around which he did successfully.

Decades later, he remains free from drugs and has not been back to prison since 1993. However, the road to a successful business was also fraught with challenges.

Upon release from prison, even though he stayed away from drugs, his criminal record made it virtually impossible to secure a job. Eventually, he landed one as a dispatch rider. After about 10 years, he had saved $20,000 and decided to start a Chinese restaurant with a partner.

He had been curious about cooking since childhood. The aroma of home-cooked Indian food wafting from his neighbours’ home inspired him enough to go out and buy the same ingredients to cook curry dishes. When he got out of prison for the last time, he joined a voluntary welfare organisation and during its overseas disaster relief missions, he was often the chief cook. The relief workers loved his food and this inspired him to make cooking for others his vocation.

ANOTHER TASTE OF FAILURE

Unfortunately, his first restaurant failed. Wanting to help others like himself, he had hired a large number of ex-offenders, but he didn’t know how to manage them. There were numerous fights and many of them went back to drugs. He doesn’t blame them. He just hadn’t figured out how to train and encourage them.

In 2006, he decided to learn. He secured a one-year internship at celebrity chef, Jamie Oliver’s UK restaurant, Fifteen. It offered apprenticeship programmes to wayward and underprivileged youth. In addition to picking up cooking techniques and operational experience, he observed that every ex-offender on staff was assigned two mentors and there was a proper training programme.

In 2007, he proceeded to implement this in his new restaurant venture which has grown to more than 10 outlets in Singapore. 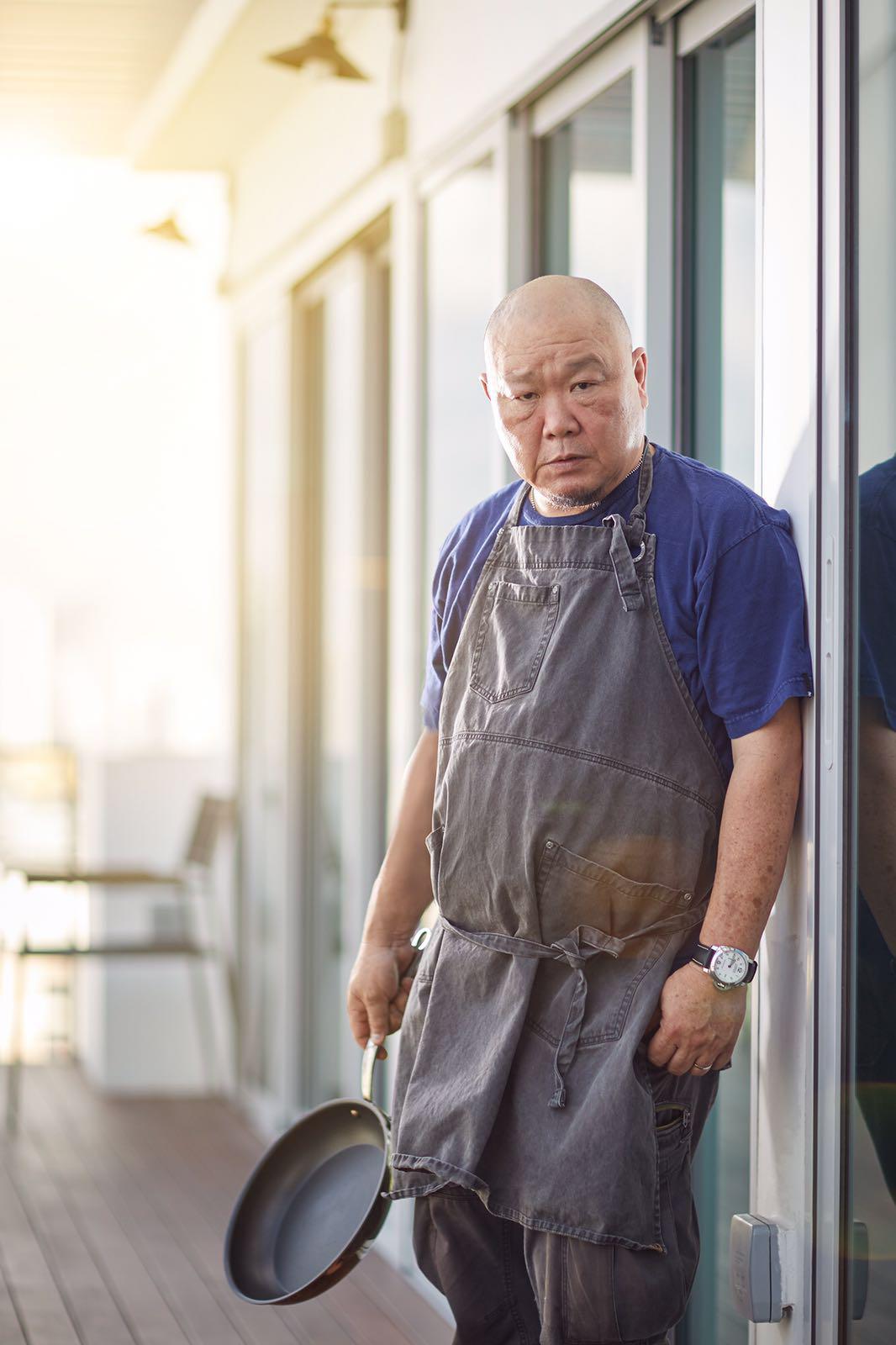 BRAVING THROUGH COVID-19’S BUSINESS IMPACT – DO THE RIGHT THING

Covid-19 and the circuit breaker has meant that they are not operating at full capacity and it has certainly hit him and his employees hard. The uncertainty has fazed him somewhat but not completely.

“When I was released from prison in 1993, nobody wanted to employ me. But when I finally got a job as a dispatch rider, I truly believed in what I was doing and I became a damned good delivery guy! Rain or shine, I’d make sure the deliveries got to where they needed to on time. My philosophy is: do things right, no matter how small some people think they are.”

While revenue has decreased markedly as for many others in the F&B sector, he’s been marketing food delivery services.

“Takeaways are tough right now because most of my restaurants are on high floors in malls. During this period, people are not venturing too deeply into the malls.”

While rental rebates are welcomed, whether what’s being offered and ultimately delivered by landlords will be sufficient is uncertain.

He welcomes measures such as the Government’s Jobs Support Scheme and other initiatives to assist with business costs, and has not let any of his full-time staff go.

“When they joined me, I promised them I would create a career path for them. I can’t break that promise. I have not taken a salary for myself for the last few months and I’ve been using my savings to ensure that the full-time staff – a core team of about 50 – are paid. Because we have scaled down operations, our part-time staff are not needed as much.”

For his staff who are foreigners, he has implemented shorter work weeks.

“I’m just living one day at a time. But I tell myself to never think of closure. I believe, one day, this thing will be over. We must have faith.”

Benny says regardless of how he feels, he has to be encouraging to his staff.

“If you are a leader and you lose faith at this time, how can your employees have faith? You must keep them motivated. Tell them that we’ll do better tomorrow.”

He takes solace in the fact that he is not alone.

“A lot of people are going through difficult times right now.”

When he looks back on his youth, he maintains that being a rudderless addict was worse than the challenges he’s facing today.

“This period is a different kind of suffering. It’s mostly about livelihoods. In the past, it was also my health and mental being. I have to say that Covid-19 has made me a better man. I do worry, but I have also become more practiced in maintaining peaceful and confident faith.”

He offers this advice to not just businesspeople, but anyone going through challenges, including displaced jobseekers.

“Covid-19 won’t be here forever. The future is uncertain, but if you believe in yourself, you can find a career. You can find a purpose. I spent so much time in prison, but I managed to do something in my life even though I am an ex-offender. Have the belief and confidence that you are different and that you can do things beyond even your own imagination.”