Don’t Trust your Remote Employees? 6 Ways to Overcome a Crisis of Trust 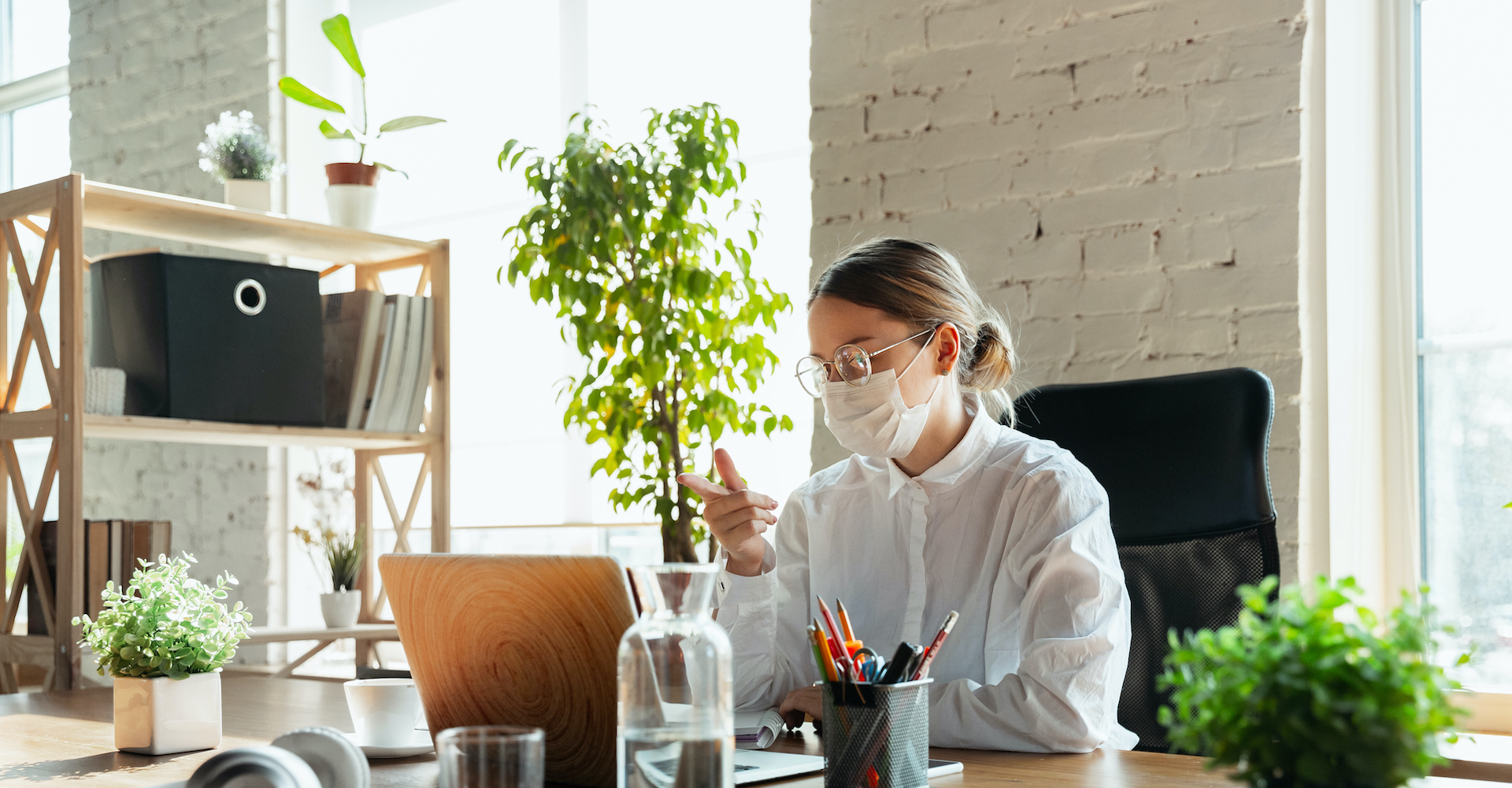 If mutual mistrust persists and consequently affects performance, it will only serve to confirm biases against remote working. (Photo: master1305 – freepik)

Since Covid-19, we have seen more and more companies hire and onboard employees remotely. Remote work arrangements continue for many of them weeks or months later.

While many of our candidates tell us that they are generally adjusting well, it is clear that their ability to perform and their overall well-being are highly dependent on how well HR departments and supervisors conduct the onboarding process and manage employees on a day-to-day basis thereafter.

Managers who were not used to managing remote employees before the crisis have had to make radical adjustments too. Those who believe that workers only work when the boss is keeping an eye on them in spite of proof to the contrary, are obviously having a harder time adjusting.

One thing is clear. This is uncharted territory for both parties.

In order to have a healthy working relationship, experts say one thing is paramount – trust. In fact, this applies to any work environment. But employees and supervisors concede that remote work has made trust more elusive.

A LACK OF TRUST REARS ITS HEAD

Sharon K. Parker, a Professor of Management at Curtin University and Director of the Centre for Transformative Work Design, Caroline Knight, a Research Fellow at The Centre For Transformative Work Design, and Anita Keller, an Assistant Professor at the Organisational Psychology department at the University of Groningen invited remote workers all over the world to participate in an ongoing longitudinal study that began in mid-April this year. More than 1,200 people in 24 different countries and spanning industries ranging from manufacturing and science to real estate, education, and financial services, took part.

Among these individuals, 215 are supervisors and managers. 38% of them indicated that they think remote workers usually perform worse than those who work in an office. 22% were unsure. 41%  agreed with the statement “I am skeptical as to whether remote workers can stay motivated in the long term” and a further 17%  were unsure.

These sentiments affect employees too.

WHY TRUST IS CRUCIAL

A Gallup study shows that if you’re a manager, you’re accountable for at least 70% of the variance in employee engagement. In other words, your employees’ engagement level which influences their performance, is largely shaped by your interactions with them.

According to Gallup, “when employees don’t trust organisational leadership, their chances of being engaged are one in 12. But when that trust is established, the chances of engagement skyrocket to better than one in two. That’s more than a six-fold increase.”

Trust in the workplace “increases speed and efficiency and, ultimately, performance.”

If mutual mistrust persists and consequently affects performance, it will only serve to confirm biases against remote working.

So how can managers tackle a crisis of trust in order to give both themselves and employees the best chance of success?

Parker, Knight and Keller say you have to begin at the highest level possible. Their study showed that managers who had less autonomy in their work, were closely monitored by their own boss and experienced a higher degree of mistrust from their own boss, “had more negative beliefs about remote working, and greater mistrust of their workers.”

“These findings suggest a social learning process in which managers learn how to supervise and treat their workers by observing their own managers. We believe this is because when their own managers treat them with mistrust by closely monitoring them, they associate this behaviour with being a manager and replicate it in their own leadership action.”

This shows that organisations need to effect change at the highest level possible in order for mindset and behavioural changes to trickle down to all levels.

Several studies show that remote working can result in greater productivity than on-site working. However, Parker, Knight and Keller point out “the benefits arise largely because of the greater autonomy afforded to remote workers. If autonomy is low and micromanagement high because of managerial mistrust, benefits of remote work are unlikely to arise. Managers need to understand the work designs that need to be put in place to facilitate effective remote working.”

Parker, Knight and Keller acknowledge that “simply telling managers to trust their employees is unlikely to be sufficient. Rather, they need to learn new skills of delegation and empowerment to provide their workers with greater autonomy over their work methods and the timing of their work, which in turn will promote worker motivation, health, and performance.”

So how can “autonomy” be manifestly given and exercised in this context?

The researchers stress that “managers need to learn that autonomy doesn’t mean less communication with employees. Frequent and regular communication are even more important when employees have autonomy. But rather than checking up on people as a way to micromanage them, managers need to check in with people and provide them the information, guidance, and support to work autonomously.”

Experts had been encouraging this even before the current crisis. Managing by results will also make giving and exercising autonomy a lot easier.

Parker, Knight and Keller say “managers need to put more focus on the outputs of the work than the inputs.” This means you can afford to take “little or no notice of when or where or even how people do their work, so long as they deliver the results.”

Gallup suggests continually providing feedback related to “remote workers’ talents in action, overall performance and opportunities available to help them learn and develop. Demonstrating that you know your people’s talents shows that you know them and the important contributions they offer. You build trust when you prove that you’re fully aware of your remote employees’ talents and are willing to help them use them in their roles.”

We suggest going a step further by providing such feedback openly at meetings involving other employees (both remote and on-site staff). This shows others that remote workers are capable of performing just as well, if not better than on-site employees. It also demonstrates that management recognises and rewards remote workers. On an organisational level, it could have a deeper impact in terms of showing that managers are embracing remote working as part of the organisation’s culture.

The best way to show you’re embracing this new way of working is to provide remote workers with all the necessary resources for them to excel.

According to Parker, Knight and Keller, “organisations need to move beyond rhetoric about supporting flexible working and actually enact this support by, for example, ensuring workers have the equipment needed, providing resources to support staff well-being, allowing extra leave for workers if needed, and giving training to support flexible working.”

This is a powerful way to show your sincere commitment to a new way of working. 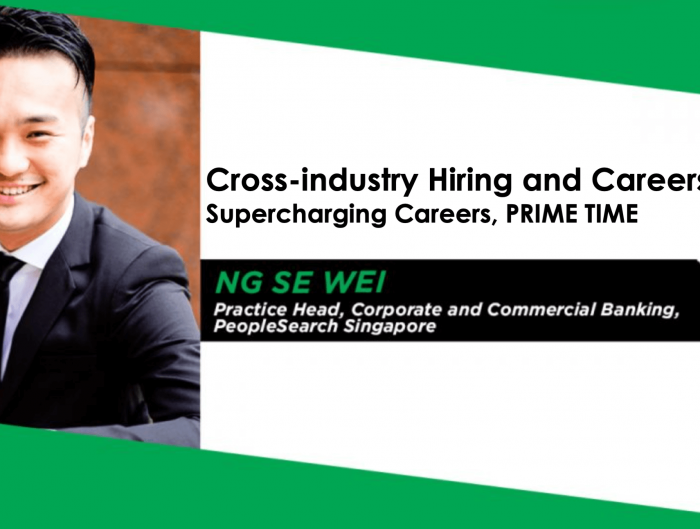 Cross-industry Hiring has Become Necessary: How can you make it work for you? – Supercharging Careers on MONEY FM 89.3
April 20, 2021 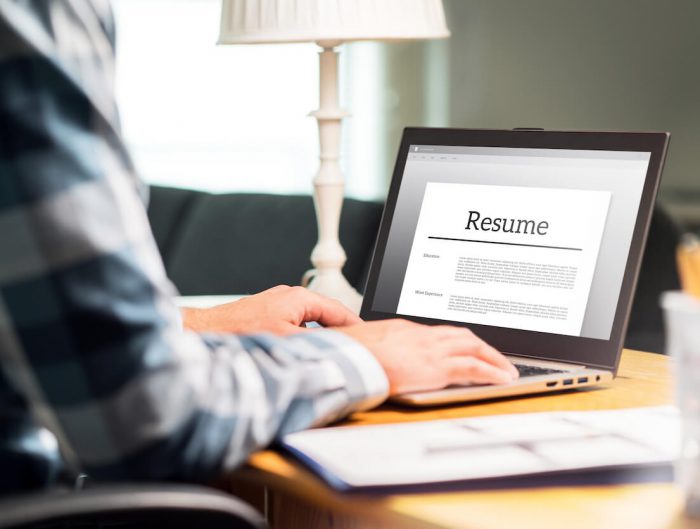 The Art of Highlighting your Transferable Skills
April 16, 2021